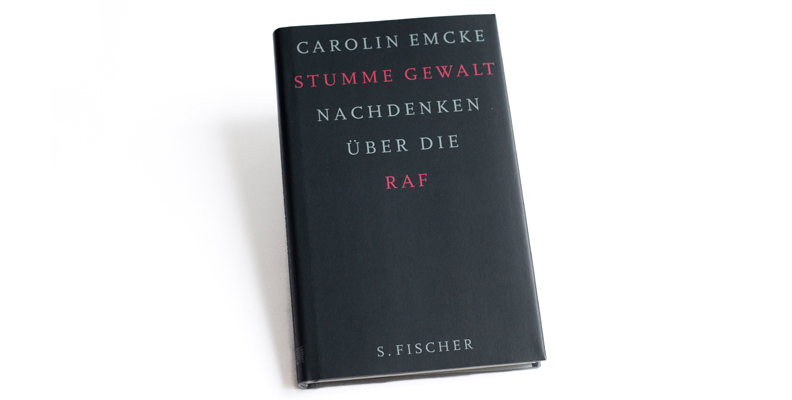 On November 30, 1989, Alfred Herrhausen, chairman of the board of Deutsche Bank, was killed near his home in Bad Homburg by a roadside bomb. It was one of the last murders committed by the leftist Red Army Faction (RAF). For 18 years, journalist and author Carolin Emcke remained silent about the RAF terrorism, including the assassination of her godfather Alfred Herrhausen.

In this moving, both personal and political book, the author pleads in favour of finally breaking the icy silence between the perpetrators and the victims of RAF terror. Beyond any idea of legal expiation (or clemency), she argues for a public dialogue, for a resolution in emphatic sense. Freedom in exchange for resolution – according to Carolin Emcke, only that would help to really understand the epoch of German terrorism. The book is a moral plea against violence, but also against revenge and contempt as a response to it.